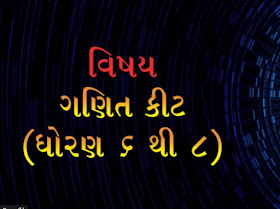 Let’s go over the Windows version first:
"Dig Deep" mode has been enhanced with an option to show either "Deleted files only" (which was the previous default behavior) or "Deleted and existing files." This is useful when the disk is improperly formatted or partitioned (or if the partition area is damaged), but the file system itself is still healthy.  When you insert the disk and Windows shows an error such as "You need to format the disk before you can use it," it’s an indication of this kind of issue.  DiskDigger will now let you recover all the files from such a disk, whether or not they were actually deleted within the file system.

In "Dig Deep" mode, there is now improved support for scanning certain file systems that are not native to Windows, including HFS+ (used in macOS disks) and ext4 (used in Linux).

Enhanced support for scanning optical disks (CDs and DVDs) and the file systems that they contain, including ISO 9660 and UDF.  There is also improved support for scanning damaged or improperly-burned disks:  When selecting the drive to scan, you can go to the Advanced tab and check the "Detect disk size manually" box, which will make DiskDigger ignore the size of the disk as reported by the driver, and instead read the disk